Hormicasa analyzes the real estate market on the island. An approach to the housing panorama, in an interview that Hormicasa has given to Lancelot Magazine 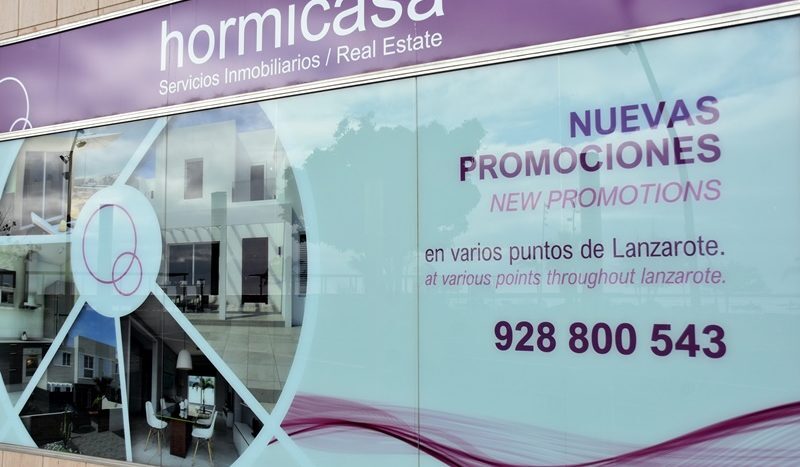 After a long crisis, the canary real estate sector becomes more important, the price of the square meter increases, the pressure of rents is slightly relieved and sales increase. LANCELOT DIGITAL

In the last year, housing prices have grown in the archipelago above the prices of the rest of the state. At the present time, the price of the square meter oscillates over 1,800 euros, that is to say right now it is the fifth most expensive region in Spain. With accuracy, it was at the end of 2018 at about 1,863 euros per square meter, 19.79% more than in December 2017, according to the annual report of sale prices of pisos.com, which adds that it is the third most great of Spain.

In addition, the Canary Islands became in the last year the third region in which the price of second-hand housing increased the most. A very important point, since it is not just new housing, but to give way to many developments that had been stalled with the crisis. Although in most cases the forecasts are very optimistic, some sources indicate that a certain paralyzation of prices could begin.

In the case of Lanzarote, as indicated by Hormicasa, “this improvement is mainly due to the economic recovery, as well as the reactivation of employment and increase in tourism, mainly in the Canary Islands. On the other hand, we must not forget that Spain is a country of owners and has always preferred to buy a rental although the mentality is changing a little, they explain”. “Added to that, there are also massive investments in holiday homes and second homes made by foreigners, who continue to see great potential in our country, and who opt for the islands as a place of residence, especially due to the weather without forgetting about those who choose us for sanitary tourism “.

Another important fact is that “in Arrecife, specifically, and according to real estate websites, the average price in the municipality is 1,265 euros per square meter”.

Causes
In regard to Hormicasa, “It is simply due to the absence of available properties, not to mention the stock market of empty homes and the strong demand, which cause prices to skyrocket. Added to this, we are faced with the overvaluation of prices by the owners who put a house for sale in a market in full recovery “, and adding, “Also the lack of product in certain areas causes the owners to rein inflate prices.”

Single family houses
With regard to the type of housing, market operations are still leading the second-hand home, with 80%. “We speak, both of flats and unifamilial houses of two or three bedrooms and with medium-high qualities, since there is hardly any stock of new construction”. “However, there is a considerable demand for new buildings. And already they are encouraging, before the height of the real estate sector and the pressing demand some construction companies, to execute new buildings. In fact, the Hormiconsa construction company, of which we are part, will come out with several promotions in Costa Teguise, and Arrecife. “

What houses do conejeros want?
The profile of a buyer from Lanzarote is varied, according to Hormicasa Rela Estate. “There are young people (between 25 and 35) who want to buy their first home; retirees and couples who have decided to increase the family. In the case of retirees, they look for smaller and more central homes to face old age and in the case of the latter, with the arrival of children, new needs appear and they look for replacement housing. Then there are the buyers of a second home to enjoy the spring weather of the island and the small investor who invests his savings in the brick and who has seen benefits in the vacation rental”.

As for, the most demanded dwellings currently in Lanzarote vary according to what they are intended for. “Those of new construction head the list and the tandem sun and beach, and concretely duplexes, semi-detached with a small plot, single-family homes or apartments in complexes with swimming pool”.

Hormicasa points that “Finding a home for long-term rental has become an impossible mission and also rents are high, so the local people have decided to buy,” noting that, despite everything, some give up due to precariousness labor.

Public housing against housing insecurity
The need for housing in Lanzarote is no secret. During the last year it has been frequent that the lack of housing prevented increase the workforce in some areas of the island and even that people were forced to share a house to be able to accept a job. Public housing is a necessity. “We know, and through the same press, that the Government has activated a public housing plan to serve people in a precarious situation. Rumored projects and proposals focused on public housing and social policies aimed at improving the quality of life of people”. “The Government of the Canary Islands had planned some 200 public housing for the year 2018 in Arrecife.”

Let’s talk about prices
A rough estimate, depending on the area and size, could be:

Interior area: the purchase price ranges between 110,000 euros and an area of ​​approximately 80m2, and 220,000 euros, in semi-detached and semi-detached houses with a terrace or garden and around 130-m2.

6 secrets about kitchen renovations, what real estate agents know!
5 tips to have a clean, fresh and tidy bathroom