The price of housing rises 4.7% in the third quarter, its lowest rise in three years, according to the INE 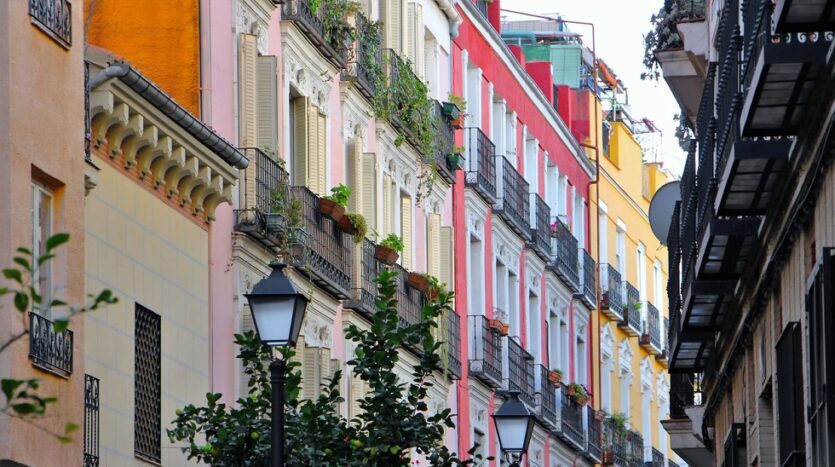 The average price of free housing rose 4.7% year-on-year in the third quarter of the year, a rate six tenths lower than the previous quarter and the most moderate since the fourth quarter of 2016, when prices advanced 4.5% , according to the Housing Price Index (IPV) of the National Institute of Statistics (INE).

By type of housing, the average price of second-hand ones increased 4.4% year-on-year in the third quarter, a rate six tenths lower than that of the second quarter and the lowest in three years.

In new houses, the price advanced by an average of 6.6% between July and September in year-on-year values, in contrast to the 7.2% increase experienced in the second quarter. In this case, it is the lowest rebound in a year, specifically since the third quarter of 2018.

In the inter-quarterly rate, the average price of housing rebounded 1.6% between July and September, four tenths more than in the previous quarter but six less in the same period of 2018.

By type of housing, the prices of new housing rose 1.5% between the second and third quarter of this year, in contrast to the quarterly decline of 0.4% recorded between April and June. On the other hand, the prices of used housing increased 1.6% in the third quarter, the highest quarterly increase in the last year.

«The price of housing is moderating»

Regarding the second quarter (5.3%), the data represents a slight moderation in the growth of prices, which we have been seeing for months in other statistics, such as the Fotocasa Real Estate Index. “For months we were advancing that the evolution of prices and market activity was going to be much more moderate in 2019 compared to the sharp increases we saw during the previous years, as a result of the economic slowdown,” explains Ismael Kardoudi, director of Studies and Training of Fotocasa.

Kardoudi explains that “the moderation in prices will continue as the year progresses as a result of the national and international macroeconomic context, but the evolution of the housing price will remain positive and will be very different depending on the geographical area.”

“Used housing has been the engine of the sector’s recovery. Seven out of 10 buyers acquire second-hand housing, although our studies at Fotocasa reflect how interest in new construction housing has doubled in recent years among potential buyers, he adds.

It should be remembered that “we are still far from the levels of both price and operations reached in the years of the bubble although it is true that the price in recent years has grown at a much stronger rate to the purchasing power of citizens who, in turn, they have less saving capacity and less possibilities of accessing financing, which explains the difficulties of accessing the purchase market, ”concludes Kardoudi.

Uploads in all communities

In the third quarter of this year, most of the autonomous communities decreased their annual rate with respect to the previous quarter. Thus, the largest declines were recorded in Madrid, Murcia and La Rioja, with drops of almost two points.

On the other hand, the Basque Country, the Balearic Islands and the Canary Islands recorded the greatest increases in their annual rates, with increases of nine, seven and six tenths, respectively. The communities where the price of free housing has increased the most in the last year are the Balearic Islands (+ 6%), Andalusia (+ 5.9%) and Aragón (+ 5.8%), compared to Extremadura (+1.5 %) and Cantabria (+ 2.4%), which recorded the lowest year-on-year increases.

In the inter-quarterly rate, housing prices presented positive quarterly rates in the third quarter in all the autonomous communities. The highest increases occurred in the Balearic Islands (+ 4.5%), Andalusia (+ 2.1%) and the Basque Country (+ 1.9%), while the lowest were in Extremadura and La Rioja (+ 0.3% in both cases).

Bathrooms that adapt to the needs of elderly
Is it legal to charge a bond for a seasonal rental?
We use cookies to ensure that we give you the best experience on our website. If you continue to use this site we will assume that you are happy with it.OkRead more